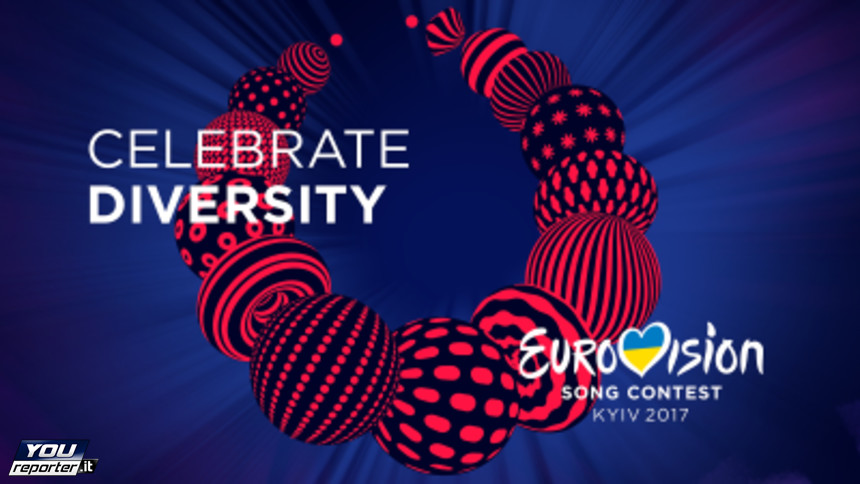 Currently Eurovision international song contest is often accompanied by various scandals and typically they have political nature. Unfortunately, preparation to this year event was not the exception.

Singer Julia Samoylova, the Russia’s representative, became central newsmaker. In spite of being wheelchair-bounded since birth, she managed to splash in show business. However, this year she passed the way from the ordinary singer to Kremlin’s weapon in a hybrid war against Ukraine.

The subtle is the fact that this year contest will take place in Ukraine where Russia has been waging a war for three years. In 2014 Russia annexed Ukrainian Crimea peninsula and currently supports armed terrorists at the East of the state. The feature of the Russian hybrid war is not only in use of military forces, but also in application of political, diplomatic, economic and informational pressure on Ukraine. Kremlin aggressively uses any reason to damage Ukraine. In this case international song contest became one of Russian informational frontlines against Ukraine.

Last year the victory was won by Ukrainian singer Jamala with her song “1944”, devoted to mass deportation of Crimean Tatars during WWII. Last year preview of her performance was perceived by Russian side extremely adversely. Russian officials and politicians required to replace the song of Ukrainian participant, otherwise threatening to boycott the contest.

However, let’s return to Russian contestant. In summer 2015 Julia Samoylova put on a concert in annexed Crimea which is the direct infringement of Ukrainian legislation. Moreover, she visited the territory occupied by Russia, as well as expressly upheld aggression against Ukraine. Taking this into account, Ukrainian authorities decided to prohibit Russian representative to enter the state.

Considering the choice of nominee for participation in the competition it is possible to assume that Russia intentionally attained such response. It worth mentioning that this year the Russian participant was appointed directly, without any competition. The main criterion was not so much her singer gift as the fact that she is disabled person. Probably, there was the following consideration: in case of Ukrainian authorities’ prohibition to Russian participant to enter the country, this would be the reason to overblow a scandal accusing Ukrainian authorities in disrespect to disabled persons; otherwise, if Ukraine does not prohibit Samoylova staying at the territory of the state this would be another proof of the weakness of Ukrainian authorities, primarily in the eyes of Ukrainian community.

In its attempt to discredit Ukraine as Eurovision host state Russia descends to dissemination of fake information, hiding behind the authority of renowned European institutions. The issue is recent spread of false information by the Russian media about alleged disqualification of Ukraine and transfer of the contest to another country. It also worth mentioning that the executives of the European Broadcasting Union definitely attempted to arrive at a compromise solution of the conflict. For example, the proposal was advanced to organize the performance of the Russian participant through teleconference bridge or to change the participant. However, Russian side pointedly withdrew participation in the competition making situation as much politicized as possible and overblowing a global scandal. The disturbance of the European Broadcasting Union is quite understandable as Russia is among EBU major sponsors.

In the view of the scandal with Russian Eurovision participant it would be appropriate to remind Russia that earlier it fetched prohibition on participation of Georgia representatives based on consideration that their performance was politically motivated. Georgian band “Stefane and 3G” prepared the composition «We don`t Wanna Put In», which in no way touches the politics and tells about youth entertainment. However, Russian organizing committee has found uncomplimentary reference to Vladimir Putin in the title and took all the pains to disallow Georgian participation in the contest. It was in 2009, when Russian invasion on the territory of Georgia in August, 2008, which resulted in annexation of two regions of the sovereign state – Abkhazia and South Ossetia – was still fresh in memory. Though it seems paradoxical, but today Ukraine appears in a situation similar to Georgian in 2008, trying to stand against overt Russian military invasion.

In such a case Ukraine’s response is quite natural. Russian representative Julia Samoylova has breached the law entering the territory of the occupied Crimea without the permission of Ukrainian authorities. That is why today entering the territory of Ukraine for her is prohibited. The fact that she is disabled person by no means allows her to breach internationally-recognized borders of the sovereign state and its laws. After all, the law applies to everyone without discrimination and the law comes first in civilized countries.