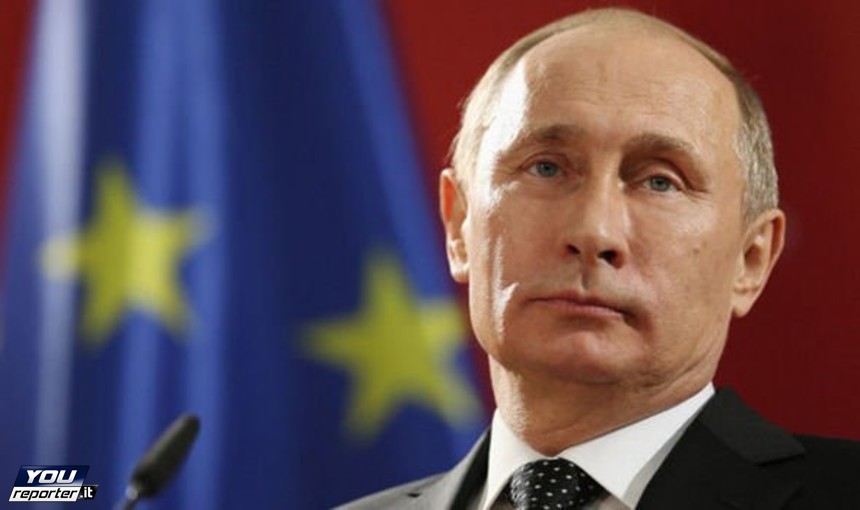 «Divide et Impera» (Divide and dominate) – a management principle entered by ancient Romans – having outlived its founders for the millenia, still remains actual. Authoritative governors apply similar tactics to divide unity of their opponents. Vladimir Putin’s regime has been functioning by this principle for already 20 years, and will use it and further… Or someone doubts results of presidential elections coming in 2018 in Russia?

But one deal is struggle of political elite in the country, and absolutely another when a similar way is chosen for operation on the international scene. Let’s be frank! The European Union does not face its best times now. Today the European unity faces with significant challenges. Thus, economic instability, British Brexit and strengthening of radical right-wing political forces and many other things play the important role. But, despite all these difficulties, the European politicians manage to resist an aggressive policy of Russia, in reply to aggression in Ukraine and support of the bloody Syrian dictator’s regime. Though, it was rather difficult to reach a consensus as far as sanctions imposition against the Russian Federation.

It is not surprising and the actual Kremlin’s basic priority of foreign policy is cancellation of sanctions imposed for aggression against Ukraine. And the Kremlin aspires to achieve this object by means of the Europe split.

All remember the strength of migratory crisis after invasion of the Russian armies into Syria. And if we compare the fact of prompt increase in number of refugees with use of this theme by the right-wing politicians from among Putin’s friends and the Pro-kremlin media, their constant accentuation of attention that it will not be possible to solve this problem without Russia, it will become clear, to whom political crisis in Europe provoked by a stream of refugees was favorable.

Moreover, for political influence over the European community and destabilization of the Old Continent, the Kremlin actively uses the organized criminal groups. In some cases for money and in others under compulsion they carry out certain tasks – cybercrime, support of the European populist parties, drug smuggling, arms smuggling and even «murders on behalf of the Kremlin» – and all of these in interests of the Russian state.

In the report prepared by the European council on foreign relations [http://www.ecfr.eu/publications/summary/crimintern_how_the_kremlin_uses_russias_criminal_networks_in_europe] it is said: «Today, Russian-based organised crime (RBOC) is responsible for around one-third of the heroin on Europe’s streets, a significant amount of non-European people trafficking, as well as most illegal weapons imports». It is necessary to note that for the last 20 years the role of the Russian organized crime in Europe has considerably changed: now criminals work in the street ever less, and it is more in the shade, specializing on interaction with other groupings, acting as intermediaries and suppliers for local European groups on all continents.

Unfortunately, the success of Russian mafia’s activity is provided with not only support by the Russian special services and the accurate organization of work, but also with an inability of the European financial institutions and law enforcement bodies properly to supervise a situation and frequently unwillingness to deal with this problem.

Activation of Russian organized criminal groups’ activity in Europe is serious challenge for the European safety and can result in variety of serious consequences. In particular, the Russian mafia supervises one of the greatest arms markets, which in such a way comes into the hands of terrorists and radical elements. And when in those or other countries of Europe the centres of operated chaos flash, you can forget about the European unity, as in these cases all attention of the governments is focused on the decision of internal problems, instead of an overcoming of the common difficulties.

Certainly, the Kremlin does not aim to transform Europe in territory of anarchy and chaos, not at all. After all, as is known, many Russian top officials actively buy up the European real estate and keep their savings in the European banks. However by aggravating the internal European problems it is quite really to achieve cancellation of sanctions gradually undermining fundamentals of Putin’s kleptocratic regime.

In the conditions of deepening crisis in the Russian economy, sanctions cancellation and restoration of the status quo of Russia as superpower on international scene, are the main priority of its foreign policy. And taking into account quantity of victims of the Russia’s war in Ukraine and military intervention in the Syrian conflict on the side of bloody dictator Bashar al-Asad, it becomes clear that in achievement of his purpose the Russian leader will not stop at nothing.