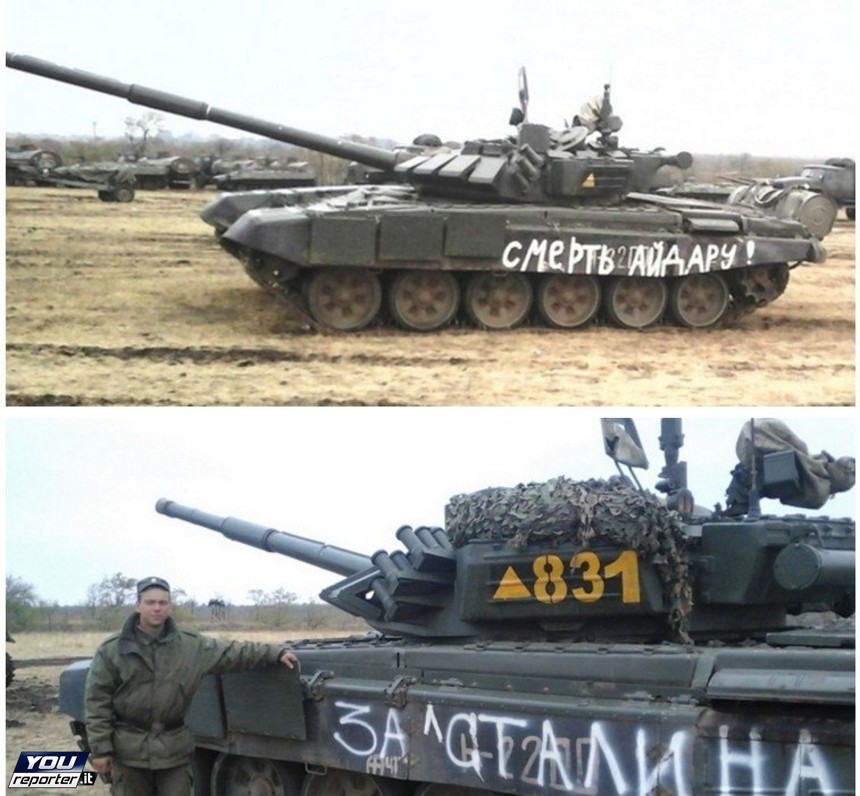 On December, 14 Vladimir Putin held annual year-end press-conference attended by Russian and foreign journalists. The scope of the discussed issues was quite broad – from economic problems to V. Putin’s decision to stand for presidential elections. Consideration was also given to the relationships with Ukraine. Attempting to deny accusation of Russia’s involvement into the military conflict in the east of Ukraine, Putin as usually declared “there is no Russian army in Donbas.” He said that “some military units have been created there and they are self-sufficing and ready to repel any wide-scale military actions against Donbas…”

However, military analysts from many states, independent expert and analytical centres such as «Atlantic Council», «InformNapalm», Bellingcat and leading media agencies have repeatedly pointed out Russia’s involvement into fuelling the conflict in the east of Ukraine and support of armed insurgents (with weapons, ammunitions, heavy military machinery, petrol, etc.). Thus, for example, one of the Bellingcat experts, Velli-Pekka Kivimäki, who facilitated tracking out Russian armament in the territory of Ukraine, believes that “modernized T-72B3 were the good example of presence of the Russian military equipment in the east of Ukraine, where it is absent, according to Russian government.”

It should be mentioned that the choice of this tank model was not accidental. The stake was made on visual similarity of Т-72B3 with Т-72B adopted by the Soviet Army, as well as with T-72 adopted by the Ukrainian Army. Therefore, identification of Т-72B3 would be a great challenge which simplifies the task for Russia to deny armored vehicles supplies to armed insurgents.

Today there is no reliable information about the precise number of units of heavy military assets possessed by armed insurgents. However, the experts and international commentators agree that such number is constantly increasing due to armored elements and arms supplies from Russia – Russian humanitarian convoys still cross the Ukrainian-Russian border without any inspection.

Trying to deny its participation in military conflict in Donbas, Kremlin does not take into account the human factor. Particularly, Russian soldiers or “vacationers”, as they are called by Putin, as well as armed insurgents of Luhansk and Donetsk Peoples’ Republics, willingly make photos against the background of tanks, posting them in social networks. Civilians make video of the traffic of columns of military machinery along the streets of the peaceful cities and post them to YouTube. Since Russian military men may leave side numbers uncovered, such amateur photos and video recording enable the experts not only to identify traffic roads and attachment of heavy military machinery locating in conflict zone in violation of Minsk agreements, but to identify the military unit where such machinery is in service.

OSCE Special Monitoring Mission observers and international experts register in regular manner facts of violation of cease-fire and use of heavy weaponry by the Russia-supported armed insurgents. This happens despite of the fact that Minsk agreements which were signed by Moscow too, prohibit the use of heavy armored vehicles on the contact line. However, it seems that Kremlin has its own interpretation of Minsk agreements having nothing in common with its provisions. Russia as well as Russia supported armed insurgents frankly sabotage the implementation of Minsk agreements.

Leaders of the leading powers involved into the negotiation process for settlement of Donbas conflict are very much aware of the true state of affairs and the Russia’s role in all of this, however, the diplomacy language forbid calling things as they are. Today the only effective mechanism of pressure on aggressor is still the mechanism of political and economic sanctions, therefore, decision on their prolongation was adopted by the leaders of the European states on December 15, 2017 in Brussels without discussions and additional arguments.