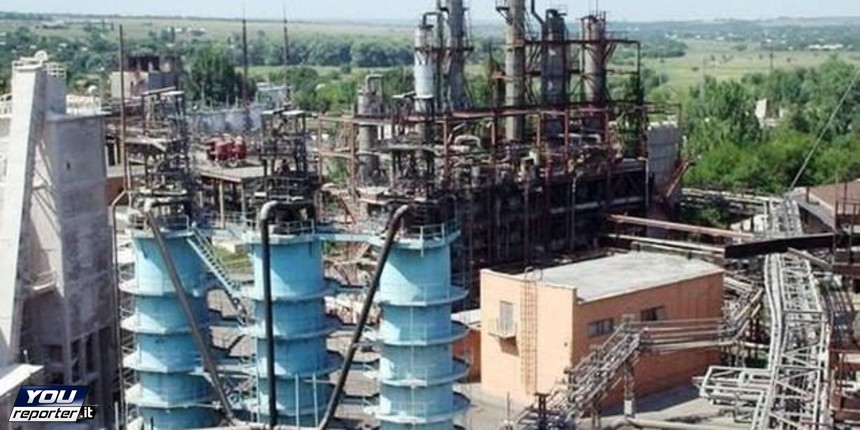 International community becomes increasingly concerned about the armed conflict in the east of Ukraine continuing for three years now. Unfortunately, hardly anybody is conscious that it causes not only large human losses on both sides, but may also lead to scaled ecological disaster.

Ecologists are beating an alarm as long as Donbas, which was drawn into this armed conflict, just recently has been one of the leading industrial regions of Ukraine with great many of big coal-mining and chemical enterprises. Now the most of them are destroyed or operate at reduced capacity. Currently qualified specialists have no access for serving such facilities as Donetsk water filtration plant, phenolic plant near Toretsk and Avdeevka coke plant, etc. Therefore, there is a high risk of discharge of dangerous manufactures’ toxic waste into soil and river waters which, as is known, has no borders.

The coal-mining industry is one of the dangerous manufactures demanding observance of technologies, compliance with safety precautions and constant monitoring of an ecological situation. For instance, water removing and ground waters retaining at safe depths is an essential part of coal mining process. Before pouring into the rivers, the water from mines shall be pumped out and purified. If neglecting doing the same, exhaust mining beds are flooded, lose their strength, and subside in good time pushing hard process water upward like a hundred of bricks. Such hydro strikes are followed by “earthquakes” equivalent to 3-4 points. In addition, impure mine waters lift gradually drowning subsurface and fall into Seversky Donets. Moreover, a lot of waste piles (1350), many of which consistently burn (350), are located in conflict zone. Groundwater is impure in each of them and when water hoisting it becomes an additional source of pollution.

Currently lots of mines have destroyed and flooded as a result of the armed conflict. Crude mine water has made undrinkable most part of alternate water sources. If things move in such a way, consequences of approaching technological disaster will become irreversible.

According to experts (miner engineers and ecologists), if in the near future the situation does not change, the area of 15 thousand square kilometers with the destroyed houses, roads, pipelines and the poisoned sources of water will become absolutely unsuitable for life. They warn that threat of scale ecological disaster in the region increases every day. This problem becomes transboundary as the risk of pollution of soil and river waters of the neighbouring regions and Azov Sea basin increases.

However, the leaders of armed insurgents are a little bit concerned with ecological issues and Ukraine has no possibilities to monitor activity of highly dangerous enterprises on occupied territories and within the area of combat operations. However, the situation requires urgent actions. Otherwise, in the short run we take a risk of becoming the witnesses of the scale ecological disaster with unpredictable outcome.