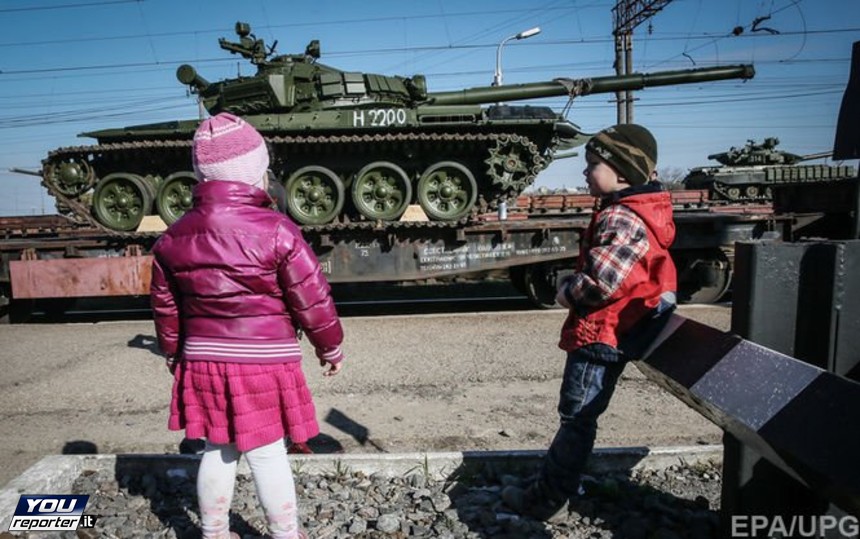 2017 came to close – it was the third year of Crimea occupation. Another year of persecutions, prohibitions and asperities for those Crimeans who have not become reconciled to unlawful Crimea annexation. We may state with regret that the human rights situation in Crimea has deteriorated for the year ended. Searches and arrests of civil activists, independent journalists, representatives of Crimean Tatar national movement, Mejlis members have become an everyday occurrence. Persecutions of the activists, particularly on religious and ethnic grounds, go on. In particular, Muslems undergo repressions, being accused in extremism and connections with Hizb ut-Tahrir which is not prohibited in Ukraine, though declared to be outlaw in Russia. Such accusations have just lead to imprisonment of 25 persons.

According to UN Monitoring Mission, 49 Crimean Tatars were arrested in annexed Crimea on contrived accusations during middle August – middle November 2017. Attempt of detention and search of the household of 82-years old Crimean Tatar Vedzhie Kashka in November, 2017, ended up in disaster. The older woman, veteran of the Crimean Tatar movement, who had fought for repatriation of Crimean Tatars, has died from heart attack on the way to hospital after the representatives of the Russian security services had broken into her household. Several thousand Crimean Tatars from across the peninsula have visited her funerals.

No less dramatic was the fate of Ukrainian activist Vladimir Balukha, accused in Crimea, who gave up changing his Ukrainian passport to the Russian one and flatly refused to remove Ukrainian flag from his house. In August, 2017, he was convicted to 3.7 years of colony with a strict regime and bound by the fine amounting to RUB 10 thousand for alleged ammunition storage. Right this December Vladimir Balukha was charged with another contrived accusation of ‘disorganization of the operation of detention facilities’ supposedly for hitting the employee of detention facility in the cell during the examination. Currently Balukha faces a yet more severe punishment.

In December, 2017 legal action against Crimean Tatar from Feodosia Suleyman Kadyrov who claimed ‘Crimea is Ukraine!’ in Facebook comments was initiated. Today he is tried for separatism.

Situation around the freedom of speech in Crimea may also be qualified as deplorable. There are no independent media on the peninsula. Any attempts to express an opinion which differs from the official position of the authorities are suppressed. Sentence passed on Nikolay Semena, Crimean journalist of the Radio Liberty and “Крым.Реалии” (Crimea. Realities) in September, 2017, is a striking example. He is conditionally convicted on a charge of separatism for 2.5 years and a half on probation and prohibited to be involved in public activity for 3 years. According to Nikolay Semena, ‘firstly, that is ban on freedom of speech, secondly – a ban on freedom of information, and thirdly – a ban on profession. Such savageness can hardly be possible anywhere in the free world.’ President of the Radio Liberty Europe/Radio Liberty Thomas Kent called this sentence ‘groundless and politically motivated.’ According to him, this fact is another proof of targeted repressions of aggressor state against the residents of the occupied Ukrainian territory of the Autonomous Republic of Crimea and Sevastopol. The case against journalist Semena is a premeditated attempt to talk down self-sufficient voices in Crimea.

As we may see, those who avow their citizenship and criticize the actions of Russian authorities are persecuted in Crimea under various excuses, including contrived accusations of separatism, extremism and terrorism. It should also be mentioned that Crimean Tatars fall under scrutiny of Russian security services as they have accumulated longstanding experience of fight with communist regime which has hunted them out of their dear land and impeded their repatriation for many years. Crimean Tatars are those who show high self-organization and experience of fighting for their rights.

The fact of massive repressions in respect of indigenous people of Crimea was confirmed by human right activists from the Human Rights Watch. Tanya Cooper, representative of this organisation in Ukraine, considers that from the moment of Russian annexation of the peninsula human rights situation has heavily deteriorated there, she expressed ‘enormous concern about the fact of persecution of Crimean Tatars for their peaceful protest against Crimea occupation’. US ambassador in Ukraine Marie Yovanovitch pointed up that ‘…Russian security services launched wide-scale intimidation campaign to suppress any disagreement with Crimea annexation. Their tactic involves homicide, kidnaping, assaults, disappearance, invasions and arrests, physical abuse, torments and deportations’.

However, we may hear with increasing frequency calls of some European politicians to lift sanctions as, they say, they have no effect. We may say that such statements sound blasphemously at the time of outrage infringement of the basic human rights in Crimea, total ignorance of the principle of the rule of law by the Russian authorities, conviction of the Crimeans for up to 25 years’ prison sentence, terror and intimidation in relation to the indigenous peoples of Crimea – Crimean Tatars. In case of extenuating attention of the international community to the problem of infringement of the human rights in Crimea, the population of the peninsula would be left to fend for themselves and political prisoner of the Kremlin regime will give up their hope to get liberty.