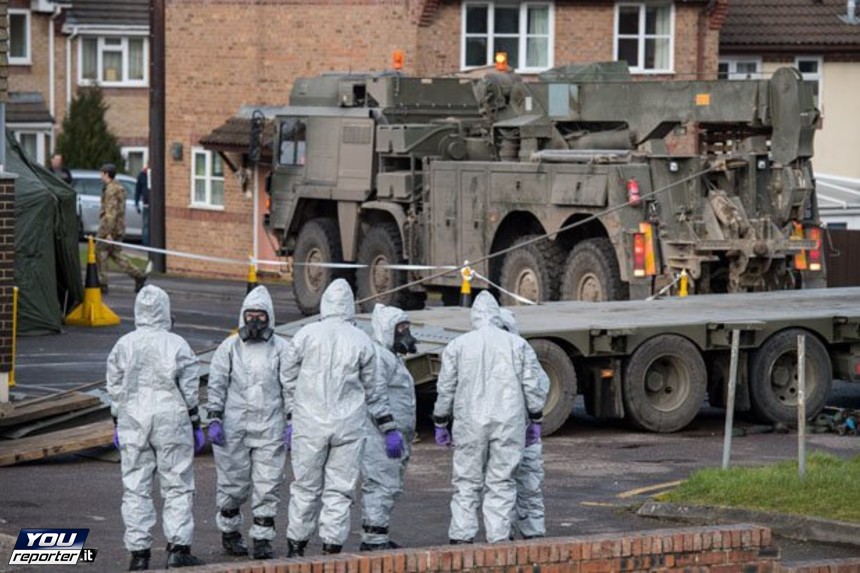 The situation around Sergey and Yulia Skripal’s poisoning with the use of ‘Novichok’ nerve gas gather new steam. No sooner had the Great Britain accused Russia of poisoning and deported their diplomats from the state than the messages ensued that the agent’s origin still remains unknown. Meanwhile Russia brought the Organization for the Prohibition of Chemical Weapons (OPCW) to account.

It is worth to figure out how this chemical agent could appear in today’s Russia. As we know, on September 27, 2017 Director-general of the Organization for the Prohibition of Chemical Weapons Ahmet Üzümcü declared all the stockpiles of chemical weapons available in the Russian Federation were eliminated. Nevertheless currently there are evidences that ‘Novichok’ was produced in Russia in the city of Shikhany, Saratov region.

However, it can turn out that toxic agents in Russia may be found not only in Saratov. At least, a number of very interesting facts testify that this issue is quite tricky. The Center for Strategic and International Studies reported that a large shipment of a nerve-gas precursor from Russia to Syria in 1992, while in 1993 the FSB reported that a group of persons including Lt-Gen Anatoliy Kuntsevich shipped 800 kg of substance which could be used for production of toxic agents. That was A. Kuntsevich who was one of the originators of ‘Novichok’ warfare agent which was tested in Shikhany lately.

In 2016 information got leaked to the media that Nadalina cargoship delivered confidential freight from Syria to the port of Feodosiya. That was evidenced by the fact that cargo was discharged under strict secrecy by military men: the unloading point was cleared from strangers and secured by the reinforced police squads and plainclothes, small khaki boxes (8-10 containers only) were unloaded at a slow pace, with particular care. These strengthened precautionary measures, as well as a small quantity of cargo delivered to the peninsula in the vessel which was freshly repaired attract special consideration. The choice of discharge port was also not for nothing as ‘Feodosia-13’, designed for storage of extremely dangerous cargo and located not far from Feodosia. Analysis of this information leads to the assumption that Russia could take out components of chemical weapon from Syria to the Crimea.

Following annexation, the peninsula turned into a gray area where observance of the international agreements, including the Convention on the Prohibition of the Development, Production, Stockpiling and Use of Chemical Weapons and on their Destruction of 13 January 1993, is not monitored in any way, therefore, lack of the international control made the fertile field for abuses. That is particularly Russia case as Russia and the present Crimean authorities made it clear time after time that rules of international law are not an imperative for them.

Current scandal related to the use of ‘Novichok’ warfare agent in the Great Britain induces looking at information stated above with a fresh pair of eyes. May this cargo delivered from Syria to Feodosiya in October, 2016 be the part of the chemical weapon arsenal owned by the Syrian dictator al-Assad, and being subject to destruction after the international scandal flared up following its use by the Syrian government troops against insurgents and acute US and NATO response to this? Let us remember that Putin managed to persuade the US President Obama not to apply drastic measures to al-Assad provided that the last would destroy the components of chemical weapon at his disposal, and Putin would act as the intermediary and the controller in this agreement.

However, probably Russia instead of monitoring destruction process under the achieved agreements has taken out a part of ammunition or components of chemical weapon on the territory of the annexed Crimea which became for Russia the convenient place for illegal placement and storage of weapons of mass destruction. It is well known that since 2014 (after annexation by Russia) the peninsula came out of the scrupulous monitoring and control of relevant international organizations. Therefore, the secret Nadalina’s voyage in October, 2016 could be not the only one.

In this regard that is an evident need to establish a special working group to conduct relevant investigation and check facilities of critical importance in the territory of the Crimea where the prohibited weapon and dangerous substances can be stored. Such commission within OPCW could also establish the facts of delivery of dangerous freights from Syria to the Crimea, and possible storage of combat chemical agents within the territory of the peninsula as far as they may unexpectedly come up in different corners of the world.