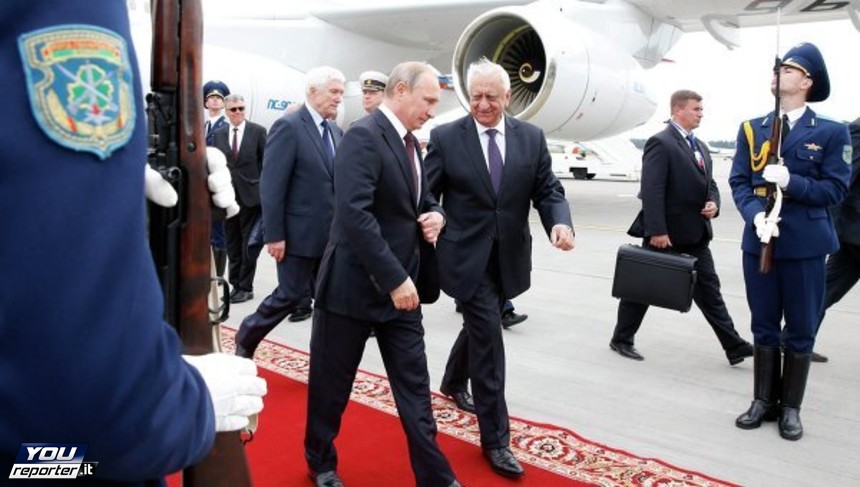 The recent developments in Luhansk are represented for the international community as a conflict between “legally elected” head of the separatist LPR, Igor Plotnitsky, and its Deep State represented by the minister of internal affairs, Igor Kornet, and the minister of state security LPR Leonid Pasechnik.

Without going into the chronology and details of the events, as it has already been said enough in the media reports, it is possible to note a certain choreographed character of all that had happened. Yes, the conflict between the mentioned persons did not arise suddenly and not today, but existed long ago. But, generally speaking, both forces are nothing but two sleeves of the same Kremlin jacket, a kind of weights providing the Kremlin with control over its proteges in the region. And there was an explosion of emotions, a putsch and a threat of change in the leadership of the LPR.

This alone wouldn’t be a problem – one bandit and a thief would replace another – but there is one very essential detail. Moscow understands that Plotnitsky’s signature, even as a private person, stands under the Minsk agreements. LPR without him will not have any relations to the Minsk agreements in any way. But who is Plotnitsky? He is a private person whose signature without his position is under the Minsk documents and on whose behalf now someone is going to Minsk and is holding negotiations and consultations. But without these individuals – the whole process, the legality of which is already under a big question, will completely lose its legitimacy. I’m not mention about the possible forceful union of two pseudo-republics – LРR and DPR. This scenario has been actively considered in light of the events in Luhansk. Then, in general, a new “agency” arises and you can forget about the Minsk agreements.

Now we can ask, if developments in Luhansk are not a clear signal towards the US and the EU, that the Kremlin is not satisfied with the situation around the implementation of the Minsk agreements? We can see the option how it is possible to create a situation when the existing agreements will not correspond to a potentially new format of separatist entities and there will be an occasion to insist on the drawing up of new agreements, for example, under the name “Minsk 3”. And the settlement of the conflict will formally be postponed under a plausible pretext.

As it is Moscow will hush up this internal blow-up and will take an operational pause so that Plotnitsky’s and Kornet’s people could “calm down”.