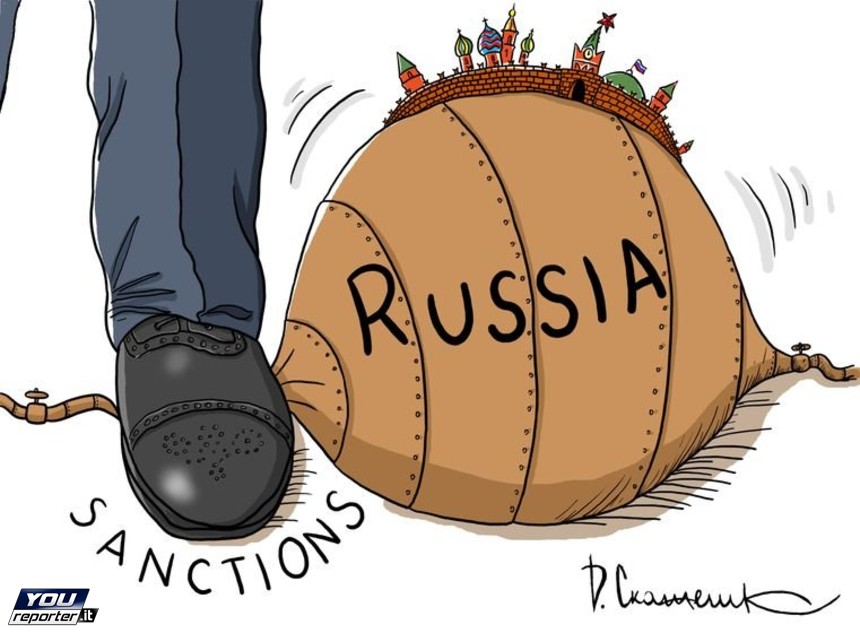 As the USA has introduced the new set of sanctions against Russia, Europe’s commitment to support decisive actions pursuing deterrence against aggression is of the last importance. At the same time, disagreement between the European states along with their indetermination may play into the hands of Russian propagandists, who fall back to whipping up tensions and hard hitting Europeans long before the adoption of sanction law by Americans.

Today keeping a bright lookout is as important as never before. Russian propaganda applies massive efforts to split Western and especially European position as for sanctions regime, as well as proves able to turn existing difference of opinions between EU states on this matter into irreconcilable contradictions by involving public ‘activists’. Hence, the process of development of common position focused on consolidation may hit a dead end. That is the Russia’s intention. All the energies are canalized to achieve this result as the stakes in the game are evidently too high.

Even now Russia understands that recently adopted US sanctions law delivers a blow over the future of Russia which instead of vision to get its “former graetness” back has more bright prospects to turn into the rogue state.

It is appropriate to point out that the new sanctions pose a threat to everyone who takes part in Russian projects of deep water exploration and Arctic oil recovery, shale oil and gas production. This concerns also those who contribute to supply of goods, services, licenses, information and technologies for construction of pipelines for export of Russian energy carriers. However, it looks like Russian authorities are afraid not only and not just of this…

In addition to introduction of the all sorts of additional constraints sooner or later this law will bring to light all the information about schemes and manipulations of the people in power in Russia. Henceforth US Congress would get annual report from the Secretary of the Treasury containing the data about Russian key political actors as well as Russian oligarchs. Besides it, the report would specify their relationship to Putin and other members of Russian ruling elite as well as estimate their fortune and sources of income. Moreover, the relatives of above mentioned persons, their assets including investments, business interests and income-generating property would also become the objects of regard. Uncovering of foreign companies affiliated with these persons would become also of some interest for the USA which from now may pull the plug for those who fails to fulfill obligations on application of sanctions.

This time the US justly became the “lawmakers” of the correct solution, determining further policy in respect of the state which breaks the rules of international law frankly and blatantly. The law on new sanctions sends a clear message stating that US would bring Russia to justice for its aggressive and destabilizing behavior at international stage. Finally it becomes clear that Putin and its regime will have to pay a fair price for attack against democracy and human rights abuse.

However, US politicians need the support of the EU states for successful implementation of developed strategy. After all, primarily the matter is opposition to Russian influence in Europe, which means that all the sanction measures require Euro-Atlantic cooperation. Successful and effective development of cooperation with EU involves use of Countering Russian Influence Fund with budget receivables equal to US 250 billion (for 2018 and 2019 financial years).

Despite the fact that several European states do not uphold strong US policy tightening in respect of Russia, one should accept that the time comes to move beyond words to deeds. Up-to-the-minute economic benefits of the state should not be put before everything else by sheltering behind the interests of own nationals, as politicians are to ensure them normal living standards, economic development and stability, and primarily security for the future.

The time is ripe to realize that countering both overt aggression and Russia’s dissembled intentions is possible only through solidarity and showing determination to zero tolerance. Currently that is the only possible way to evade unexpected effects of tough foreign policy of the Northern neighbor.