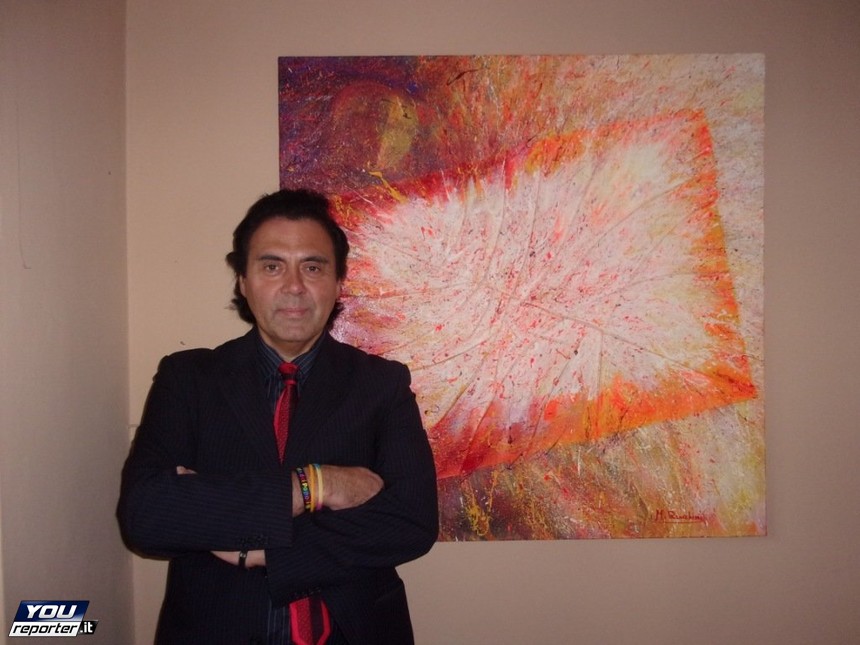 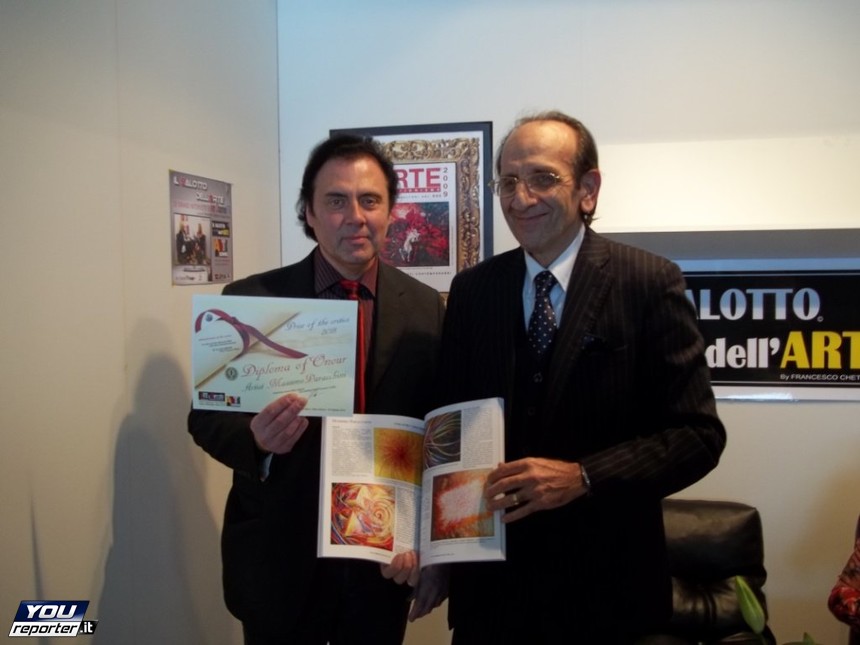 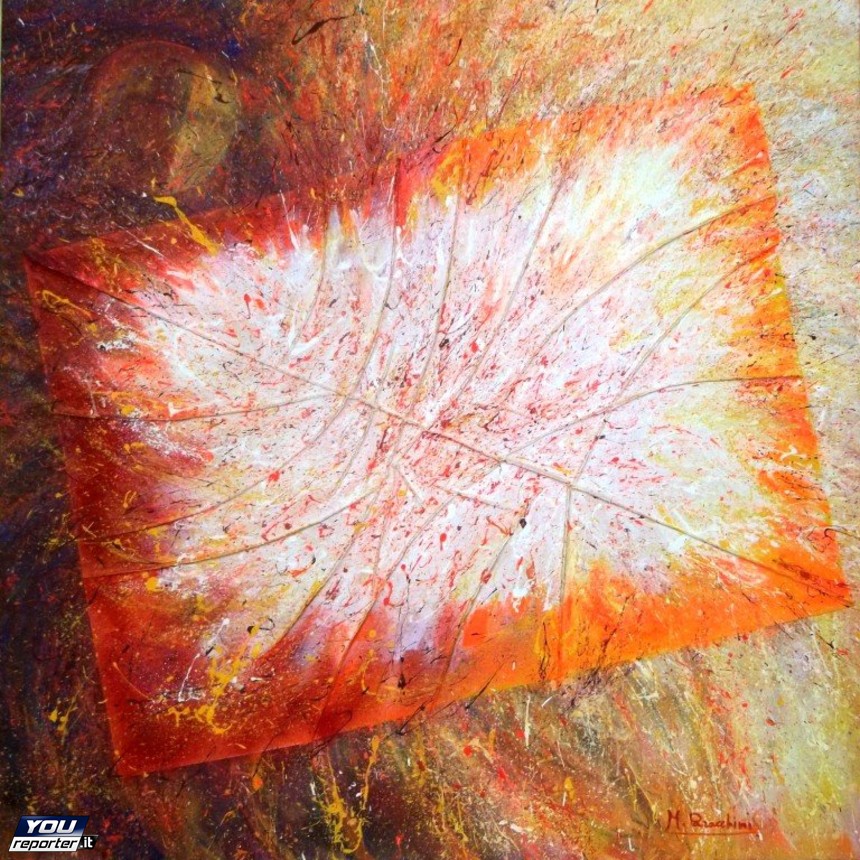 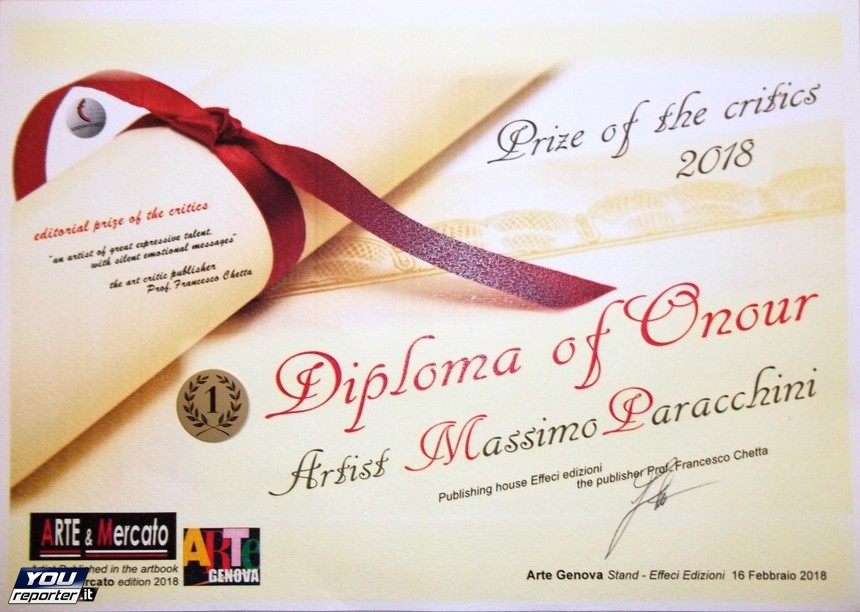 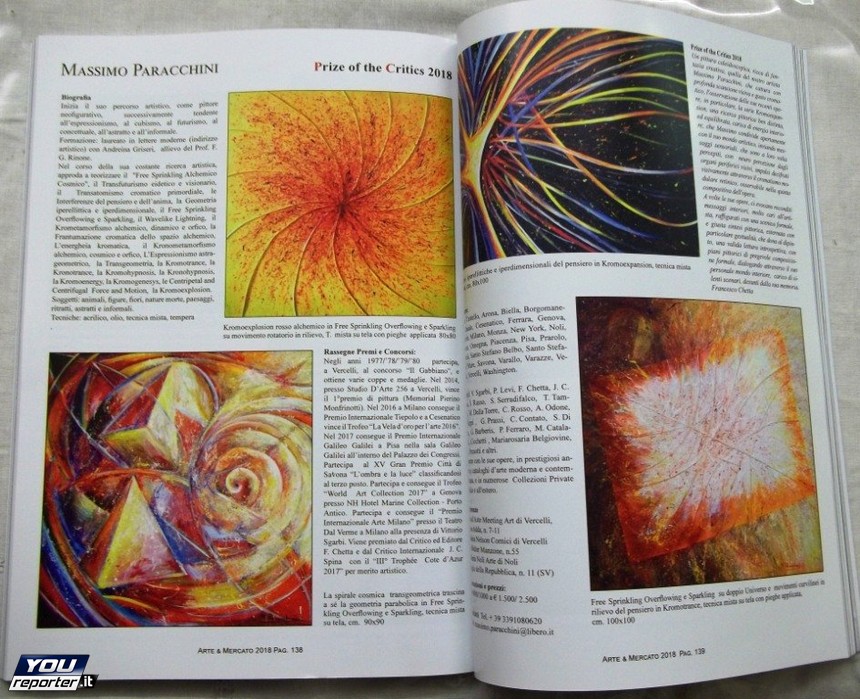 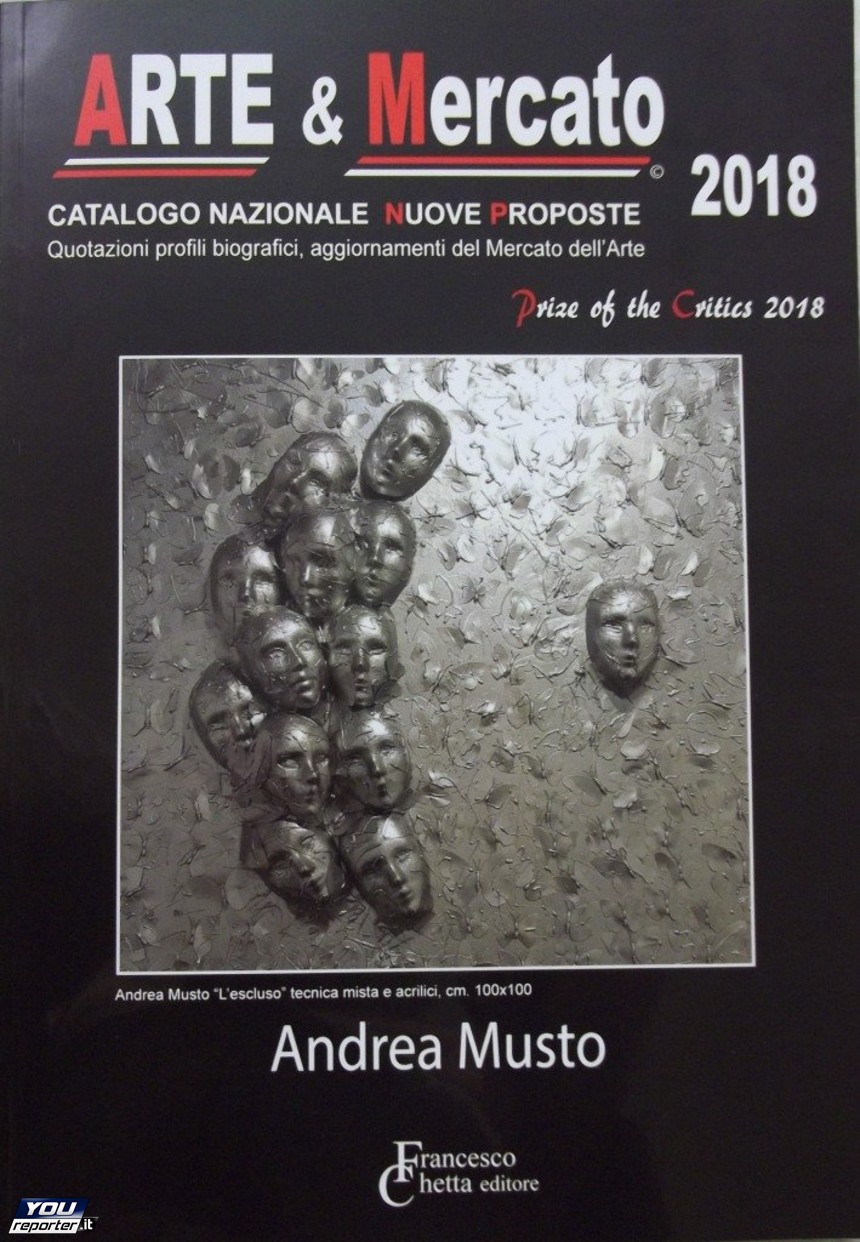 Massimo Paracchini was given Prize of the Critics 2018 by the critic and publisher Prof. Francesco Chetta, on the basis of his cultural commitment and his artistic research.
The ceremony took place on Sunday, 18th February at the Art Fair of Genoa (14th Modern and Contemporary Art Market Exhibition in 1, JF Kennedy Square). Some of his works are also included in the National Catalogue of Emerging Artists “Arte & Mercato 2018” (Effeci Editions) published by the editor Francesco Chetta and presented at the Genoa Art Fair.

Critical comment by Prof. Francesco Chetta Prize of the Critics 2018

A kaleidoscopic painting, rich in creative fantasy, that of our artist Massimo Paracchini, which captures, with deep visual precision and chromatic taste, the curiosity of the admirers of his recent works; it is in particular in the Kromoexpansion series, a well-defined and balanced pictorial research charged with inner energy, that Massimo openly shares the view of his artistic world, sending sensory messages, which are in turn perceived, with neuro perceptions the by the visual organs, that is to say visual impulses deciphered by the modular retinal chromatism, present in the fifth composition of the work . Sometimes his works evoke hidden inner messages, dear to the artist, depicted with formal scene and the right pictorial synthesis, externalized with particular gestures, which gives the painting a valid introspective reading, with pictorial planes of valuable formal composition, dialoguing through his personal inner world, full of silent scenarios taken from his memory.

Title of the selected work: “Free Sprinkling Overflowing and Sparkling on a double Universe and curvilinear movements of thought in Kromotrance”

“Let each color freely dance on the white canvas, transmute every image belonging to a mythic Arcadian-Euclidean world, now outdated, in pure contemporary vision crossed by the hyper-elliptical and hyperdimensional geometry of the Universe, by means of a progressive transcendental Kromotrance which suddenly projects every artist into a totally ecstatic dimension thanks to the free and magical komomoalchemic sprinkling that transforms and transfigures everything and which can also achieve, through a spontaneous and decisive Free Sprinkling Overflowing and Sparkling, the final stage of the absolute transatomization of any object represented , thus allowing us to grasp the truest and most profound essence of everything.

From the hyper-elliptical, curvilinear and hyperdimensional movements of the trans-geometry of deep Universes, the new dynamic, abstract, cosmic, eternal form will be generated in a new and pure eidetic and transcendental vision.

Yet, as everything may have originated from an adimensional wave of flowing and vibrating energy that was atomised through conscience, everything can return to it through a progressive process of dematerialization, of chromatic disintegration and of transatomization until the primordial Kaos is evoked.”

From “Transcendental Eidetica of Art”
by Massimo Paracchini