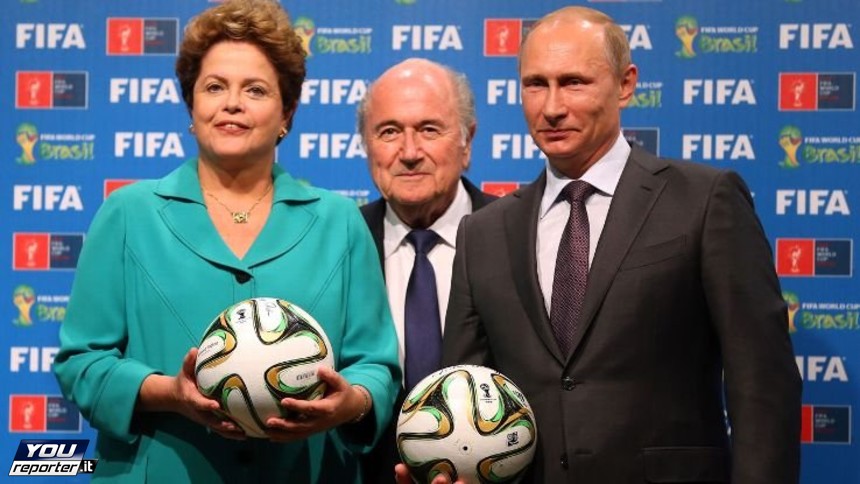 Image exploitation of the status of the final part of FIFA World Cup 2018 hosting state in the Russian Federation involves as one of its directions an attempt to attract FIFA to the efforts aimed at recognizing the territory of annexed Crimea as Russian by international community. In this regard, recent statement of the so-called President of faked Crimean Football Union Yuriy Vetokha about FIFA’s expectative approval of fan zones in Simferopol and Sevastopol in advance of 2018 World Cup is worthy of note. He claims FIFA has given prior consent to this. Thus, organisation may recognize annexed peninsula as Russian territory.

“We have sent a letter to FIFA, they have confirmed verbally that fan zones in Crimea would be accepted, as well as across the whole territory of Russia, however, that is still off the record. We still have not agreed their number. We talked of at least two fan zones – in Sevastopol and Simferopol, the rest would depend on the FIFA requirements. We hope to get reply as soon as possible”, – said Vetokha to TASS.

Well, Mr. Vetokha, we are also waiting for the FIFA reply and we will pay all attention to it as it would be indicative in the context of corruption penetration to the top management of this organisation. If the officers of this organisation yet have not lost the instinct of self-preservation, then they shall clearly understand the provocative nature of this proposal and respond to it clearly, supposing no double interpretations.