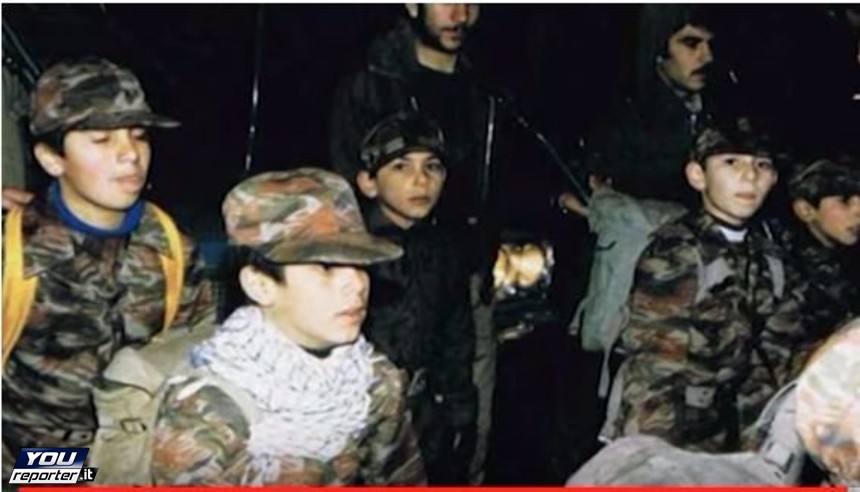 By Amir Basiri
Following the increasing number of Revolutionary Guards casualties and reeling from various losses in the raging war of Syria, and other ranks and files of this force refusing dispatch to this inferno, the regime in Iran has resorted to sending Afghan refugees, as reported by the BBC in April, through various methods of threats, bribes and force. Reports also indicate Iran is recruiting Pakistani nationals as mercenaries for the battlefronts in Syria. As these measures have failed to bear fruit, Iran desperately sought other means, entailing sent commando units of its regular army – the mullahs’ so-called “Green Barrettes” – to fill the void and salvage the Assad regime in the multi-sided war. However, signs indicate Iran hitherto continues to suffer major setbacks and increasing casualties on the ground in Syria, without any significant derive. As a result, the mullahs have launched propaganda to dispatch teenage boys to defend Assad, and seeking a role as a regional hegemon to be acknowledged.

Same Old Tactics
As methods of sending titular ‘Foreign Legions’ to Syria failed and spurred further frustration for the mullahs’, recently a music video has been broadcasted over and over again in various state TV networks in Iran encouraging juveniles to fight in Syria in an attempt to bolster spirits on the battlefront. The mullahs are deceptively luring Iran’s youth to this war under the preposterous pretext of “defending sacred religious sights” and fight alongside its Revolutionary Guards members on the ground there.
For those unfamiliar with the mullahs’ propaganda machine, this is a stark reminiscent of how the regime resorted to enticing juveniles to the horrific Iran-Iraq War of the 1980s. The ruling mullahs’ took advantage of the Iranian people’s religious emotions, with efficacy, by encouraging parents to send-off their children to fight in the war. This flurry of innocent kids were literally used as cannon fodders, or quite frankly “disposable soldiers”, to run through mine fields and clear the path for the regime’s main battle units’ advance towards Iraqi frontlines.

Khamenei’s Viewpoint
The question facing us today is are the mullahs’ once again practicing such methods with the objective of sending Iran’s juveniles to Syria? The answer lies in recent remarks made by Iranian supreme leader Ali Khamenei.
“The powerful presence of the Islamic republic in West Asia and the world prevents the [enemy’s] advance; one important aspect is the Islamic republic’s presence in Palestine and the issue of ‘resistance’,” he said.
This is where we come to understand that Khamenei himself has personally put all his weight behind this new plot. Secondly, it is obvious that the phrase ‘resistance’ is a clear reference to Bashar Assad’s Syria, and he has deliberately refrained from specifically mentioning the country’s name.

“Revolutionary”
Khamenei went on to emphasize on educating and raising “devout, revolutionary, determined, aware, motivated, hopeful, brave and sacrificing” juveniles.
“In schools students must be provided time to train in revolutionary activities, to have our young generation raised with revolutionary characteristics,” he added. If one is unfamiliar with the language used by the mullahs in Iran, they would come to actually respect his words as a correct method to raise one’s child. However, we must understand very carefully that Khamenei’s use of the phrase “revolutionary” is aimed at forcing students into military training and be sent off to the various battlefronts Iran is currently involved in, from Iraq to Yemen, and most specifically Syria.

The Washington Times put it best by quoting Iranian opposition spokesman Shahin Gobadi saying, “In the Iranian regime’s lexicon, ‘‘defending the sacred shrine’ is the equivalent of deploying the forces of the IRGC and, more recently, the regular army to Syria to defend the Assad regime as it massacres the people of Syria. This is while the majority of the Iranian regime’s casualties are near Aleppo, which is several hundred kilometers away from the holy Shiite shrines near Damascus.”

Here we come to somewhat understand the plots Khamenei has in mind for Iran’s juveniles. Of course, due to the immense social abhorrence of the mullahs’ participation in the massacre of the Syrian people, and the resistance seen in Iran’s society to this phenomenon, parallel to developments in Syria plunging the Assad regime into a downhill headed to all-out overthrow and Assad being set aside – to the point of Iranian Intelligence Minister Mahmoud Alavi telling al-Mayadeen that a major general in the Iran’s Quds Force sought to provide refuge in Iran to Assad and his family – some argue it is far-fetched for Khamenei to send juveniles to Syria.
Could such logic render the possibility of this entire scenario being plotted as a cloaking measure to prepare for a major withdrawal for Iran from Syria? This can be considered a criterion of Iran’s plans for the future and is a question left to be answered in the days and weeks to come.

Basiri is an Iranian human rights activist and supporter of democratic regime change in Iran. Follow him on Twitter: @Amir_bas