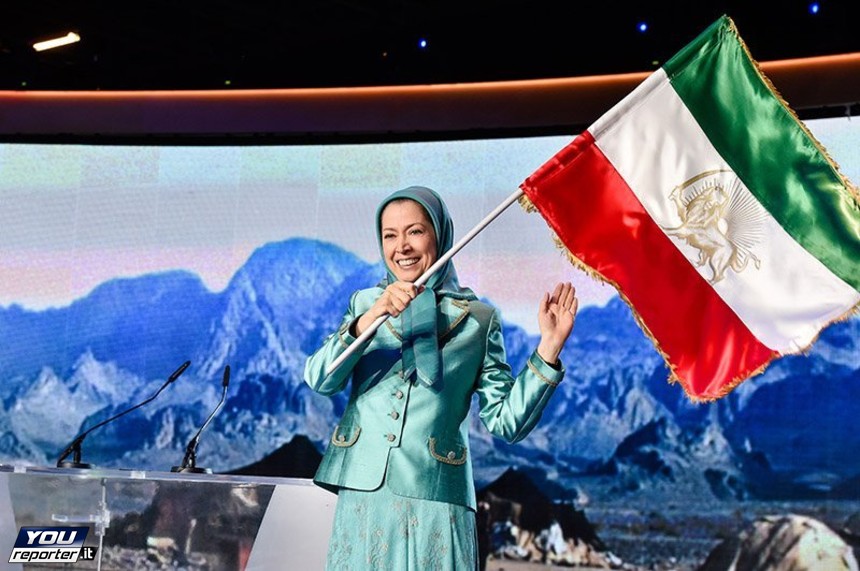 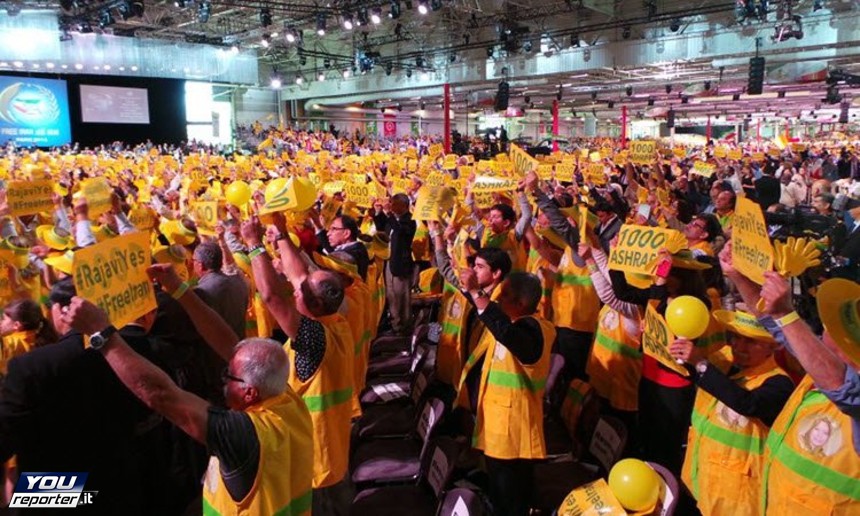 Paris is the site of the world’s largest gathering to date for all who seek freedom and democracy in Iran. The French capital is witnessing a massive “Free Iran” gathering on Saturday, July 9th. The event has been forecasted to welcome more than 100,000 people who have joined each other from across to voice their demands. The “Free Iran” gathering also enjoys the support of more than 20 Nobel laureates.
The National Council of Resistance of Iran (NCRI), as the umbrella organization of the opposition People’s Mojahedin Organization of Iran (PMOI/MeK), is the main organizer of this rally that is scheduled to be proceeded with numerous round-table discussions. Maryam Rajavi is the President-elect of the Iranian opposition.
The NCRI has been able to gather advocates of freedom and democracy in Iran, year after year in Paris. Last year, and many years before more than 100,000 Iranian dissidents have flocked into France for such gatherings. This yearly event is able to attract also hundreds of dignified global personalities, including a long list of senior politicians, high level political figures, military officials, religious personalities and former diplomats from all four corners of the globe. Leading American figures, including the likes of former House Speaker Newt Gingrich, former New York City Mayor Rudy Giuliani, former ambassador to the United Nations John Bolton and former FBI Director Louis Freeh, confirmed they will attend the Free Iran rally. Each year the NCRI rally appears to enjoy an increasing number of officials attending and supporting.
Brad Sherman, a veteran member of the United States House of Representatives Foreign Affairs Committee, underscored the importance of the Free Iran gathering. He also congratulated the PMOI/MeK for “the critical role it played in exposing the Iranian regime’s nuclear weapons program.”
From Italy, European Parliament Member Patrizia Toia has declared she wishes to “encourage everyone to join the event in Paris of 9th of July.”
Farzad Madadzadeh, a political prisoner who has recently been able to exit Iran from the mullahs’ tyranny, joined the rally. Pariya and Zahra Kohandel, the daughters of political prisoner Saleh Kohandel, currently in prison in Iran, participated in the rally representing the voice of Iranians youths seeking nothing but to overthrow the regime and establish democracy and human rights in Iran.
Such an enormous eye-opening rally represents the fact that Iran enjoys an organized and powerful organization in the NCRI and PMOI/MeK. This is a critical platform able to facilitate significant change in the government of Iran and establish a true democracy in Tehran.

Heshmat Alavi is a political activist and supporter for regime change in Iran. He writes on Iran and the Middle East.He tweets at @HeshmatAlav