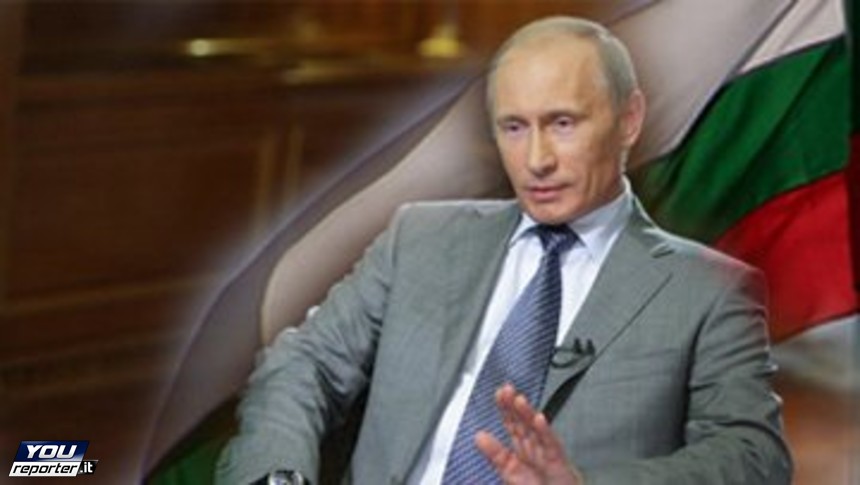 Russian aggression against Ukraine has actually disrupted the international security system causing the breach of long-standing balance at the Black Sea as one of its consequences. The Black Sea region states neighbouring with Ukraine (Bulgaria, Romania, and Moldova) have also become the subject of close Kremlin’s attention as the stake was on the use of ethnic factor for the disruption of the Ukrainian internal situation. Not least role in these plans belongs to Bulgaria.

Considering political, economic, cultural and religious ties shaped from the second half of the nineteenth century, Bulgaria has been traditionally attractive for Russia. Moscow uses its positions in Bulgaria for own geopolitical benefits. Implementing its policy, Russia relies on the “fifth column”, which has been engaged in the Soviet times.

Unfortunately, today Bulgaria is a weak link in a range of the Black sea states, both in the context of the EU policy and as the NATO member. This is confirmed by the fact that Bucharest’s idea to set NATO fleet made up of Romanian, Bulgarian and Turkish ships, found no support from Sofia. Well, that is quite predictable as Russia has strong levers of pressure on Sofia through the possibility of blackmailing them by transportation of energy carriers. Particularly, resumption of the construction of the Turkish Stream pipeline may give a painful blow to Bulgaria and result in reduction of Russian gas transportation through its territory to Turkey, Greece and Macedonia.

Relations of Bulgaria and Ukraine have not changed significantly for the last three years. They have balanced and good neighbourly nature. Trade turnover rate has not changed still being insignificant. No conflicts have not also been registered. In fact, the role of Bulgaria for Ukraine was predefined by the Bulgarian diaspora in Odessa region. This factor is determining by now. About 200 thousand Bulgarians are residing in Ukraine, and 150 thousand of them are residing in Odessa region, primarily in the South, in Ukrainian Bessarabia. Bessarabian Bulgarians are known for their sympathy for Russia. However, these pro-Russian spirits are still manifested basically in voting for corresponding parties: primarily for communists and, further, for the Party of regions.

Following the Crimea annexation and military aggression in Donbas, Russia aggressively used this sympathy to worsen political tensions in Ukraine. In times of mobilization in Ukraine in 2014, Russian influence agents sought to provoke protest actions in Bessarabian villages under the pretence of disproportionate rate of mobilized Ukrainian Bulgarians as compared to representatives of other ethnic groups. Russian propagandist TV traditionally popular in this region has persistently heated up the situation. Then Moscow proceeded to direct actions stirring up separatism and provoking aggravation between Bulgaria and Ukraine.

In April 2015 there was an attempt to create Bessarabia People’s Council (BPC) which posed a threat of creation “Bessarabia People’s Republic”. Representatives of Bulgarian nationalistic party “Attack” known for its pro-Russian views were actively involved in the process. That was the party which sent its representatives to the so-called referendums in Crimea and Donbas. It endorsed accession of the peninsula to Russia in the name of its voters (according to the results of the latest elections, there were a little more than 4 percent of them).

Attempts to establish “Bessarabia People’s Republic” were suppressed by Ukrainian authorities at the very beginning. National communities representing Bessarabia ethnic groups including Bulgarian one have immediately stated they had no connection with this establishment, which was absolutely true. However, pro-Russian forces under the direct auspices of Russian security services kept on undermining Ukrainian and Bulgarian interstate relations. Two acts of provocation using “Bulgarian factor” took place in 2017 only. In February subversive persons in Belgrade poured the paint over the monument to Bulgarian militiamen and produced on one of the walls “luggage – station – Sofia”. In April the State Security Service of Ukraine reported the prevention of another one provocation: there was information about plans on a faked march, allegedly of Bulgarians, near Bulgarian consulate in Odessa protesting against national harassments. According to representatives of Ukrainian security services, it was Russia that stood behind the organization of the march. This attempt to organize such “photo sessions” for Russian media with subsequent broadcasting to Bulgaria was not the first.

This non-exclusive list of facts testifies to Kremlin’s obstinate efforts focused on politicization of the set of issues concerning residence of the Bulgarian national minority in Ukraine. The purpose is destabilization of the situation in this sensitive Black sea region and deterioration of Sofia and Kiev relationships. However, it is to the credit of the Bulgarian political establishment, these actions have not made desired effect. To the contrary, the opinion on inexpediency concerning the change of good neighbourly relations by assumed and deliberately imposed problems supposedly related to the protection of the rights and freedoms of Bulgarian minority in Ukraine was strengthened. Particularly, today Russian propaganda is trying to boost language and education problems. Ethnic Bulgarians residing in Ukraine have supported the new law of Ukraine “On Education”. Bulgarian ambassador to Ukraine Krasimir Minchev confirmed the Bulgarian stand at the meeting with the Minister of Education of Ukraine Liliya Grinevich. He emphasized that the new law provided the children with possibility to become familiar with both Bulgarian and Ukrainian languages.

In 2018, it would be the 100th anniversary of diplomatic relations between Ukraine and Bulgaria. It is a well-known fact that Ukrainian People’s Republic and Bulgaria established diplomatic relations in 1918. On December 5th, 1991 Bulgaria was one of the first states to acknowledge Ukrainian independence. On December 13th the ministers of foreign affairs have signed the Protocol on establishment of diplomatic relations (in fact, on their restoration), and a year later, on October 5th, 1992 the presidents of both states Leonid Kravchuk and ZhelyuZhelev signed the Treaty on Friendly Relations and Cooperation between Ukraine and Republic of Bulgaria. In 2014, Bulgaria became the fourth EU member state to ratify the Association Agreement with Ukraine.

Long positive history of Bulgarian and Ukrainian relations complemented by the policy of the fullest facilitation to cultural self-expression of Bulgarian national minority residing in the territory of Ukraine, whose rights and freedoms have never been derogated, is an effective weapon against different provocations and myth of the “Russian world” actively disseminated over the Black sea region.