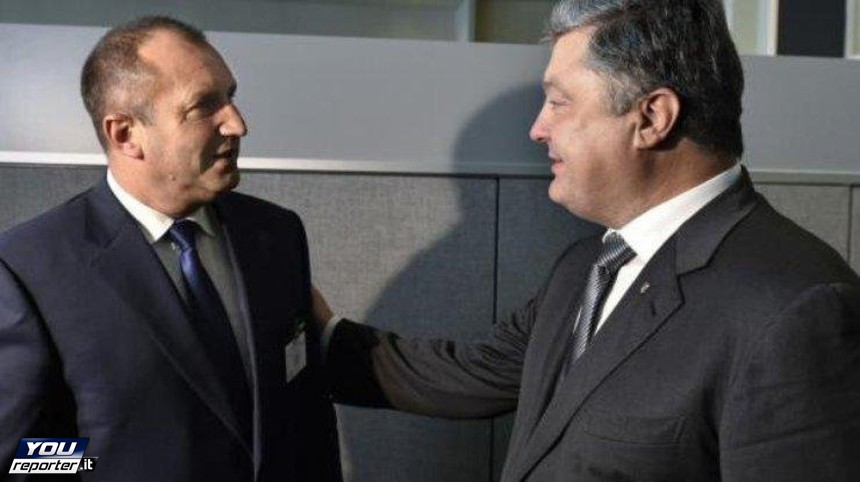 On November 1, Odessa held a meeting of Bulgarian and Ukrainian Ministers of Education where the parties agreed to extend cooperation in the field of education. The atmosphere of the meeting was warm and friendly.

Sofia and Kiev have come to the mutual understanding as of the recently adopted Ukrainian education act and languages of ethnic minorities. Thereby, the tensions between traditionally fraternal states were relieved.

Republic of Bulgaria has been and still continues to be an important foreign policy and foreign economic partner for Ukraine. In times of continued Russian military aggression against Ukraine, Sofia’s support is of even greater importance for Kiev.

Despite of long established friendly relations with Moscow, Bulgaria gradually comes out from the Russian influence area. Being NATO and EU fully-fledged member, today Bulgaria along with other leading European states considers Russia to be one of the principal foreign policy threats. Thus, official report of the Bulgarian government on the state of national security in 2016 states Russia to be a serious foreign policy danger. Particularly, the document signed by the head of the Bulgarian government states that Russia’s actions in respect of Crimea lead to “disruption of geostrategic and military balance within the Black Sea region” and are “the source of regional insecurity posing a threat to free and peaceful Europe”. Amidst Russian and Ukrainian conflict, protection of national interests and strengthening of defensive capabilities continue to be the principal priorities of the foreign policy of Bulgaria which is the eastern NATO border.

Bulgaria has always been an important trade partner for Ukraine, primarily in the context of the trade market of Balkan region entry, as well as resolution of the problem of energy carries transportation, including the construction of transcontinental trunk roads, East-West tunnel, oil- and gas pipelines from Asia to Europe and building of bridges over Danube. It shall be mentioned that Bulgarian authorities treat the implementation of Ukrainian foreign policy interests in Balkans with respect though subject to certain reservations. Particularly, Sofia still considers the issue of participation in the stabilization processes in Balkans in the context of Russia’s participation.

At the same time Bulgaria is interested in supplying Ukrainian market with a great variety of goods: food industry products and equipment for its manufacture, as well as products of electronics industry, carrying and lifting machines, metal working machines, ceramic tiles, products of consumer industry, sanitation facilities, etc. Bulgaria actively invests in Ukrainian enterprises (currently more than 200 ones). In turn Ukraine delivers coal for thermal power plants as well as different industrial and agricultural goods to Bulgaria.

During the second half of 2018 Bulgaria for the first in its history will preside in the European Union. In this regard Kiev puts high hopes that Bulgarian stance in the issue of European prospects of Ukraine and the policy of maintaining EU sanctions against Russia up to restoration of sovereignty and territorial integrity of Ukraine remains unchanged.