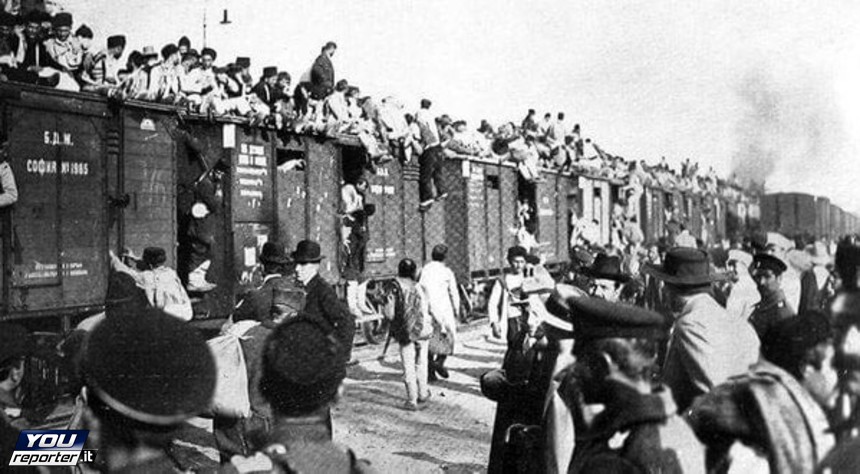 On May 18, Crimean Tatar people commemorate victims of deportation. This day is truly holy for all Crimean Tatar people. 73 years backwards, on May 18, 1944 terrific crime was committed, one of the most large-scaled trample of human rights in the history of our planet. During May 18-20, 1944 32 thousand of NKVD officers executed an operation for forced deportation of more than 165 thousand of Crimean Tatars out of Crimea. Most of them were relocated to Uzbekistan, others – in Kazakhstan and outlying regions of Russia.

The reasoning provided by Stalin’s regime to such terrifying in its cynicism crime was supposed collusion of Crimean Tatars to the Nazi invaders during the period of Crimea occupation at the time of the World War II. This step was absurd in itself, as for the actions of several hundreds of Crimean Tatars who fought on the side of Nazi Germany all the Crimean Tatar people were exposed to repressions.

Deportation was unprecedented act of violation of the fundamental principles of law, as the individual responsibility was substituted with collective responsibility of the whole nation. And that is notwithstanding the fact that dozens of thousands of Crimean Tatars during the World War II fought against fascism and great representative of Crimean Tatar people Amet-Khan Sultan being fighter pilot made more than 600 combat flights and crashed 49 hostile planes. For his deed he picked up the most notable award – the title of Hero of the Soviet Union. Moreover this title was awarded him twice.

Remarkable is the fact that in the days of deportation Amet-Khan Sultan had been in a short leave in Alupka, Crimea, where he managed to prevent deportation of his parents through incredible efforts involving high-ranked command of the Red Army.

Even despite of dreadfully cruel and cynical repressions in respect of his nation, Amet Khan kept serving truly to his state and became one of the prominent pilots of the World War II. In return the veterans of Normandy-Neman Regiment fixed up a monument in his honor with a short though capacious inscription “Pilot with a God-given talent”.

73 years passed. In 2014, after an annexation of Crimea, Russia as successor of the USSR in the worse sense of the word resumed the repression practice against Crimean Tatars who opposed annexation and stayed loyal to Ukraine.

Today Russia makes new attempts to conquer Crimean Tatar people using “Jesuitic” methods of Stalin’s regime. Acknowledgment of Mejlis of Crimean Tatar people as extremist organisation and prohibition on its activity at the territory of Crimea, criminal prosecution of the leaders of Mejlis Akhtem Chiygoz and Ilmi Umerov, 240 thousand of Crimean Tatars who were forced to leave their Motherland – all this testifies to the fact that the FSB of Russia are not only the successor but also the earnest pupil of the NKVD USSR.

Attempts to frighten Crimean Tatars and Mejlis leaders through kidnapping of the activists, attempts to bribe those who hesitate – all of this is a well-known toolkit of Stalin NKVD. However, while in 1944 repressions fail to break the will of Crimean Tatar people, today they serve as welding factor in fight for the rights of indigenous people of Crimea to live freely on their native land.